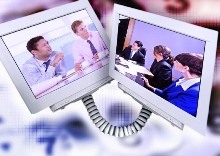 Attending a webinar is different from attending a face-to-face event, like a workshop or seminar. Because it’s usually shorter, done from the comfort of your home or office, and there’s nobody watching you, it can be tempting to treat it with less respect. But if you do this, you won’t get much value from it. Instead, make the most of it by planning clearly and taking action.

Here are some techniques for making the most of every webinar you attend.

Know what you want.

Don’t be a webinar junkie, who attends every webinar that’s advertised, simply because it’s free and convenient. Even if you don’t pay any money, you’re paying with your time, attention and focus. So before you register, be clear about what you want to learn from the webinar.

As a starting point, ask yourself these three questions:

You probably won’t answer all three for every webinar, but if you can’t answer even one, then it’s probably not worth attending!

Set aside the time.

It’s easy to turn up late and leave early, but you won’t get as much value if you do (and it also shows a lack of respect for your own development, let alone a lack of respect for the presenter). So turn up on time (a few minutes early if possible, to make sure the technology is working) and stay until the end.

Of course, if the webinar turns out to be irrelevant to you, then there’s no need to stay until the end! But that should be the exception, not the rule.

If a webinar presenter is boring or irrelevant (and unfortunately too many of them are!), it’s hardly surprising that participants turn away from the webinar to check their e-mail, work on other tasks, or even leave the webinar completely. However, don’t start by planning to do these things during the webinar. Start the webinar with the intention of giving it your total focus, so turn off your e-mail program, instant message programs, and any other distractions.

Even if you have an excellent memory, take notes of important points during the webinar, so you can use them later. In particular, note the specific things you can do after the webinar. This makes it much more likely that you’ll take action, rather than just collecting lots of webinar notes!

This can be even more effective than in many face-to-face sessions, because you’re sitting at your computer, so you can enter some notes directly into your calendar, action list or other documents (as long as this doesn’t distract you!).

If you don’t understand something during the webinar, ask a question. Most webinar technology allows you to type questions, so you can do this at any time without worrying about interrupting the presenter.

If the webinar has a large audience, your question might not get answered during the webinar. So if it’s an important question, ask it as soon as possible. If it still doesn’t get answered, e-mail it to the presenter afterwards. Some won’t respond (and that’s their choice, so don’t get upset), but some will. It doesn’t hurt to ask!

After the webinar, choose one of the action items you noted during the webinar and do it! Even if it’s only a small action, it gives you some return on your time, and gives you momentum to take the larger actions as well.

Change is a part of life - especially after the[...]

If you’re picking apples from a tree, how would you[...]