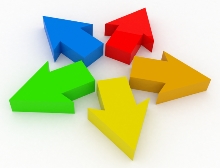 LinkedIn has added so many features recently that it’s easy to get confused about how it works and what to do with it. But if you focus on the things it does best, you can get a lot of value from it.

LinkedIn is one of the oldest social networks. It’s often not even mentioned when people talk about social media, but it is a social media platform.

It started life to help you get a new job. You would promote yourself as an employee to future employers and recruiters. You could also broaden your network by asking for referrals through people you know. It’s still a powerful job/career network, but that’s not important to us as business leaders and business owners. But some of the other things about LinkedIn’s past are still relevant:

Let’s look at each of these in turn.

Use LinkedIn to post your “CV” or “resume”, so people who do want to know more about you can find something. This is not a traditional CV you would write when seeking a job. Rather, it’s a promotional profile piece that positions you as an expert and authority. It’s more marketing-oriented than a traditional CV, but isn’t full of hype.

Think about going to a business networking function. The people you hate there are those that are too self-promoting and just interested in taking without giving. The people you love are those who take an interest in you and genuinely look for ways to help you – even without an immediate benefit to them. They do win in the long term, though, because people like them and genuinely want to help them in turn.

LinkedIn is the same. Don’t promote yourself too much. Instead, use it to connect with people, answer questions, solve problems, and in general be helpful rather than pushy. Position yourself as a trusted advisor, not a pushy salesperson.

If somebody does a good job for you, you naturally want to tell other people – especially friends and other people in your network. In the physical world, you might write a testimonial (which they use in their promotional material), or bring it up in conversation with your friend. But what if you don’t know your friend is looking for that service? And what if the supplier hasn’t promoted your testimonial well?

LinkedIn solves both these problems by letting you put testimonials (LinkedIn calls them “Recommendations”) right there on the supplier’s profile. It also encourages the supplier to reciprocate by writing a testimonial for you as well.

The world works on recommendations, referrals and introductions. If I introduce you to somebody I know, that person already trusts you (to some extent). In fact, wouldn’t it be great if the only people we worked with were people who had been referred or introduced by somebody else?

LinkedIn works the same way in the online world. Use it to reach out to people you would like to reach, not just by contacting them out of the blue, but through somebody who knows you both. Because that person in the middle is trusted by you and the other person, the initial connection is far warmer than just a cold contact.

Finally, keep in mind that most of your LinkedIn connections are not your prospects. They are peers and colleagues who are connected to you for mutual gain. Think professional association, not marketplace.

That doesn’t mean you won’t get any business from LinkedIn. On the contrary, LinkedIn can be one of your best sources of businesses. But think of it as getting business through your connections, not from them. In other words, they are more likely to refer you than to buy from you. But that referral – to a key person in their network – might be worth much more to you than selling directly to the referrer.