As we get close to the end of another year, you might wonder what new things could change everyday life in 2019. Flying cars and true artificial intelligence are still a long way in the future, but some other things might be closer than you think.

Here are four things that are just around the corner:

1. Driverless cars – coming soon to a road near you.

Everybody’s been talking about our driverless future, but it’s finally becoming real.

In the next few weeks, Google will release its first self-driving taxi service to the public. Not on private roads, not in a controlled environment, and not with an engineer with a big red Panic button ready to take over in an emergency.

After almost a decade and over 10 million miles of testing, Google’s self-driving car company Waymo will be offering a self-driving taxi service in Phoenix, Arizona. The initial offering will only be to a few hundred volunteers who have already been part of earlier tests.

It will be some time before this is available to everybody. But one thing’s for sure – there’s no turning back now!

2. Walk out of a shop without the checkout queue.

We’re moving fast to a cashless society, and with mobile payment systems on your phone or watch, we’re even moving away from credit cards.

But Amazon is taking this a step further with its Amazon Go shops, where you can just walk out of the shop without paying. No queue, no self-service machine, and no security guard chasing you out into the carpark!

Amazon uses facial recognition and AI to identify you when you walk in to the shop, an app on your phone knows what you put into your shopping trolley, and when you walk out, your Amazon account gets automatically charged.

3. Parlez-vous anglais? No? No problem!

Did you hear about the Coke vending machine in Auckland International Airport that greeted arriving visitors with a friendly, “Hello, death”!

A sign on the vending machine read, “Kia ora, mate”, which is supposed to be a quirky combination of Maori and English. But in Maori, the word “mate” means “death”.

How can you avoid this problem when you’re travelling to a country where you don’t speak the language? Easy – bring your translator with you. But it’s not a person – it’s an app on your phone or a device you stick in your ear.

When speaking to a local, you say something out loud and your phone immediately repeats it in the other language. When the other person responds, again your phone instantly translates it into English for you.

4. Finally get a good night’s sleep.

It might be hard to believe, but a good night’s sleep can be one of your healthiest habits. It’s nature’s equivalent of, “Have you tried turning it off and on again?”.

The Australian Sleep Foundation says a lack of sleep affects mood, memory, your IQ, and can lead to health issues like obesity, diabetes, and depression. That’s why companies are scrambling to help us sleep better.

The quickest technology you can get is an app on your phone, which uses your phone’s technology to track your body at night.

You can also use wearable trackers like Fitbit, Garmin, or Apple Watch, which will give you more accurate monitoring.

If you don’t like wearing a watch at night, you can buy sleep-tracking devices like Apple’s Beddit product, which is a strip of material you slip under the sheet to do the tracking for you.

“It is difficult to make predictions, especially about the future.”

– attributed to a Danish politician

Futurists don’t always get it right (I know, I know, it’s hard to believe!). Here are some expert predictions from the past that turned out to be spectacularly wrong. 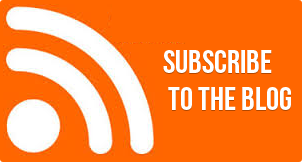 Are You Making This Mistake on the Road to Recovery?

During the coronavirus pandemic, you might have heard people say,[...]

Better Decision-Making in a Fast-Changing World

Around Australia, people who have been working from home for[...]

It's Time to Think The Unthinkable

On 2nd March, Australia recorded its first death from coronavirus[...]