Two decades ago, Harvard scholar Clayton (“Clay”) Christensen wrote the book “The Innovator’s Dilemma”, in which he coined the term “disruptive innovation”. Over time, many people have abbreviated this to just “disruption”, but that’s dangerous!

His original idea was about innovation, not disruption. But we’ve distorted it so much that few people think of innovation when they hear the word “disruption”.

The world has changed – but have you?

In the past, when the world wasn’t changing as quickly, you had time to adapt, adjust, and evolve your organisation to solve new problems. Now, you need to move much faster – and disrupt yourself or be disrupted.

Typically a half-day or full-day workshop, delivered on site at your premises.

Also available as a 60-90 minute breakout session or half-day masterclass at a conference.

A monthly leadership coaching program to help you navigate and lead your organisation through disruption and innovation in a fast-changing world. 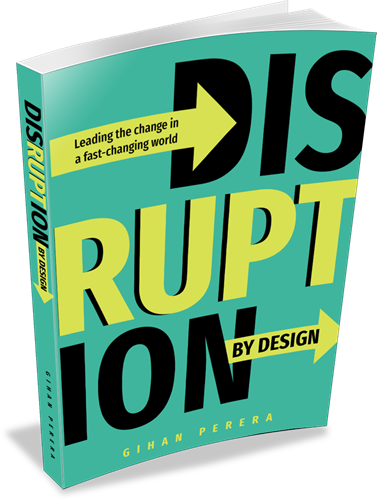