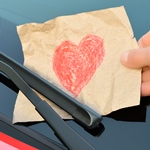 Private hospitals and other healthcare facilities are facing a number of challenges – including budgetary pressures and reduced AR-DRG funding, the constant need to upgrade technology, and increasing competition (especially with incentives for public hospitals to admit private patients). In the face of these challenges, staying ahead of the game might seem like a huge uphill battle, requiring massive overhauls and even more massive funds. However, that doesn’t have to be the case. If we focus on improving the patient experience, it’s possible to make significant changes for less effort and money than you might imagine.

That’s easy to say, but what does it mean in practice?

When I was younger, I used to do voluntary work for Radio Lollipop, at Princes Margaret Children’s Hospital in Perth. Radio Lollipop is an internal “radio station” at the hospital, broadcast during the evenings to provide entertainment and play for the sick children. Our job was simple: Play with the kids. Going to hospital is a frightening experience for most people – especially children – and our job was to bring some of their outside experiences into that strange, unfamiliar environment.

Radio Lollipop is an independent organisation, but there’s no reason you can’t take a leaf out of their book. You don’t have to provide an in-house radio station. Just start by putting yourself in a patient’s shoes and look at all the points of “friction” in their experience. Here’s a list to get started: They hate filling in forms, they don’t like sitting in waiting rooms, they are intimidated by the equipment, they don’t like the food, they feel like their individuality and dignity are taken away from them, they feel distant from loved ones, and so on.

Of course, you can’t eliminate all of these problems, but that doesn’t mean you can’t do anything. Here are five simple but innovative ideas to improve patient experiences, from hospitals around the world.

Mothers want to spend every waking moment with their newborn baby, but sometimes the baby has to be kept in intensive care. The Cedars-Sinai Medical Center in Los Angeles, USA, has created a system called BabyTime, which uses iPads to alleviate this problem.

When a baby needs to be taken away, the mother is given an iPad and another is set up next to the baby. This allows mothers (and fathers) to see their baby, interact with them, and also interact with doctors who are present in the intensive care unit.

Hospitals aren’t much fun for children in general, but they are especially bad when they have to be in isolation or quarantine. In the Netherlands, Job Jansweijer designed an award-winning device, Konnekt, which helps isolated children in adjoining rooms play games with each other.

Konnekt uses blocks and shapes with suction cups and magnets, which can be moved around on the window between the rooms.

Watch this video to see Konnekt in action:

Palliative care facilities do their best to improve the quality of life for their patients. In France, Clermont-Ferrand University Hospital is even taking the unconventional step of opening a wine bar for patients. If it was going to happen anywhere, it’s probably not surprising that it happened in France! But it’s not just about making the best of a bad situation. As Dr Virginie Guastella, the head of the hospital unit who proposed the idea, said:

“It’s a way of rethinking the care of others, taking into account their feelings and emotions that make them a human being … in an attempt to restore longing, taste, desire and even pleasure.”

Patients everywhere around the world are frustrated by sitting in waiting rooms. They know appointment times are approximate and delays can sometimes occur, but that doesn’t make it any easier. In Canada, Quebec-based company TechnowaiT has created a system to save patients time.

Their 1-2-3-Go! service allows patients to register at reception and “take a number”, but then leave and return later. They simply use their phone to call an automated system that tells them approximately how much waiting time remains, and can return to the clinic when it’s their turn. A future enhancement is for the system to alert them automatically half an hour before their turn.

Cancer is one of the most frightening words a patient can hear, and can lead to years of pain, suffering and anguish. In the USA, the company Bfflco has created parcels called Bffl Bags (Bffl stands for “Best friends for life”) for friends and family to send to breast cancer patients in hospital.

The company was founded by Dr. Elizabeth Chabner Thompson, an oncologist whose own mother was diagnosed with breast cancer.

Watch this video for more

Which of these ideas could YOU use?

Which of these ideas could YOU use?

You don’t have to use all of these ideas – or even like them. But that’s not the point. All of these ideas have two things in common: They take some of the pain out of a patient’s experience, and they don’t cost the earth.

How can you do the same?