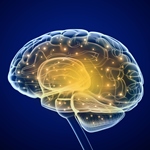 For a long time, most local government authorities have taken a paternalistic approach to providing services to residents: they assume the government knows the best way to provide services, and residents generally don’t have much input. In many cases, this was the only practical solution, because that was the balance of power. Individuals – even if they were motivated to contribute – generally didn’t have enough information to make decisions nor the means to implement solutions.

That’s all changed now. People do have access to the right information, they have creative ideas about how to solve problems, and they have the technology to create innovative solutions to those problems.

Here are five ideas from around the world where local authorities are tapping into the individual and collective intelligence of their communities to solve difficult problems.

Local authorities facing riots and other civil unrest usually resort to force of some form to bring it under control. But what if they could enlist the help of people in the crowd? The innovative Tiltor app does just that.

To use it, the local authorities broadcast some action they want to achieve – for example, “Disperse the crowd for $100”. Members of the crowd can then choose to accept the mission, and if it succeeds, the prize money is split between them. Of course, there’s no way of ensuring those people did contribute to the solution, so idle bystanders can be rewarded for doing nothing. But that shouldn’t matter to the local authorities, who achieve their objective.

This is a novel idea for enlisting crowds to do something you want. It wasn’t originally designed for managing civil unrest (the Web site, for example, suggests using it at a sports stadium to encourage people to cheer for your team), but it could be a very effective tool for this purpose.

Police never have enough resources to catch all speeding drivers, so they have to deploy those resources in the most dangerous places. The people who know those locations best are the local residents, so in 2014, Belgian police asked them to nominate speeding hot spots – so the police could then place speed cameras there.

The result? More than 50,000 suggestions from citizens all around the country. The police could then examine the most cited spots to determine how best to handle speeding there.

The first is to offer free travel for commuters who end their journey before 7:45am on weekdays (to alleviate crowding during the busiest time from 8-9am). That’s nothing unusual, and many public transport companies offer similar incentives (such as peak and non-peak fares).

The second idea is more innovative: Passengers earn points for using the rail system, with bonus points if they travel during “shoulder peak” times of 6.15-7.15am and 8.45-9.45am. They can use these points to play online games or even earn monetary rewards.

Of course, some commuters don’t have the flexibility or desire to take advantage of these rewards. But that’s just the point. By providing an incentive (and one that people care about), the government is “nudging” people rather than “pushing” them. It’s the right balance between force and influence.

In a similar vein, the local authority in San Francisco uses “demand-responsive pricing” to set the rate for parking in the city. Broadly, this means you could pay anywhere between $0.25 and $6 per hour at a parking meter, depending on the demand. But you don’t have to wait until you get to the meter to see the price; you can check it on your smartphone before you leave home. If demand is high, the price goes up, and some people will choose to take public transport, travel at a different time, or car-pool to save money.

Again, the idea is that local government is providing information to residents to help them make a more informed decision.

Like many other big cities, Cairo suffers from major traffic congestion. But, rather than calling on industry experts to advise on the problem, in 2012 the Egyptian government created a project, the Cairo Transport App Challenge, to enlist the community in finding solutions. The project brief was for developers to create a smartphone app that would somehow help citizens make informed decisions to ease traffic congestion, reduce accidents, and keep the roads safe.

The project has ended, and the ingenuity and creativity of individuals are reflected in the diversity of the finalists. For example, one app uses GPS data from cars in real time to show traffic congestion, another helps them map the best public transport routes, another monitors driving habits and rewards safe drivers, and yet another is a mobile mechanic to prevent breakdowns!

How could you use these ideas?

You might not be able to use any of these ideas exactly in this form, but how can you adapt them for your needs? The big idea is to assume that your residents are savvy, intelligent, creative, innovative, responsible people (which of course they are!), who can make good decisions if they have the right information and the right incentives.

So tap into their ingenuity and creativity. It not only saves you the effort of having to find all the solutions yourself; it often leads to better solutions.