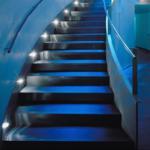 Have you ever wondered how some people seem to be super-productive, and are constantly getting things done? Then there are the others, who always seem to be working but rarely complete anything. What’s the difference?

The simple answer is that if you want to get stuff done, start doing things.

That sounds simple in theory, but of course there are plenty of people who do lots of things, but don’t seem to make any progress. In fact, sometimes they are so busy doing unimportant things – or doing them ineffectively – that they just don’t have time to do what really matters!

So use these three principles to become more productive in your professional and personal life.

Traction is the grip between your car tyres and the road. Choose tasks that “grip hard” because they are important and really matter, not just those that are “nice to do”.

Pick a theme for each month of the year, choose your activities based on that theme, and keep asking yourself whether you’re on track.

For example, if your theme is “cash flow”, focus on activities that generate money now; if it’s “distribution”, work on your marketing avenues; if it’s “systems”, write your processes and procedures; if it’s “support staff”, delegate everything in sight; if it’s “products”, spend time writing, recording and creating products.

Next, take action. Not just any old action. Take action that makes a difference.

This particularly applies when you’re developing something new – a new program, a new marketing brochure, a new Web site, a new product. It’s easy to spend all your time preparing, waiting for it to be perfect before showing it to the world. And because it’s never perfect, you keep holding it back.

STOP! Know when you’ve done enough, and be satisfied with that, rather than striving for perfection.

Set a time limit for a task, and stick to it. Do the best you can in that time, and that’s probably good enough. Even better, set aside a fixed amount of time, and then cut it in half and stick to that limit. You’ll probably still do as well as you would have done with more time!

This is not an excuse for doing shoddy work! No, I’m just saying that by taking less time, you’ll only do what’s important. You just don’t have the time to be changing fonts and adjusting margins!

Don’t pick the biggest, most daunting task in the world. Start with something small – but significant. As Jonathan Kozol says,