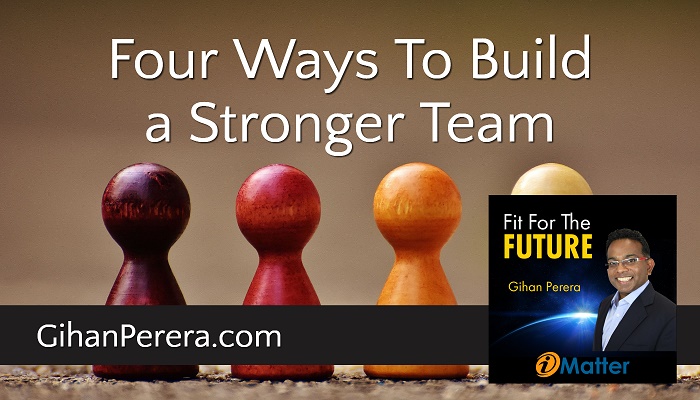 You used the phone to reach people remotely, but that was either quick (for getting a quick answer), temporary (a colleague away from the office), or to schedule a meeting. No question: The office was the best option. For most people, it’s still the place where work gets done.

However, that’s not the only option available now. Workplaces have changed: in location, in time, and even in the people who do the work. If you’re a leader, you already have a distributed team, with four groups of people, each with different needs and abilities.

In the past, everybody on your team was a full-time staff member working in the same office. Now, your team might include full-timers, part-timers, contractors, interns, telecommuters, and job sharers. We also have extended work teams, using outsourcing, crowdsourcing, and other similar work practices.

All these people are part of your team, and have many things in common. There are also some key differences between them, and you can allow for them and take advantage of these differences. 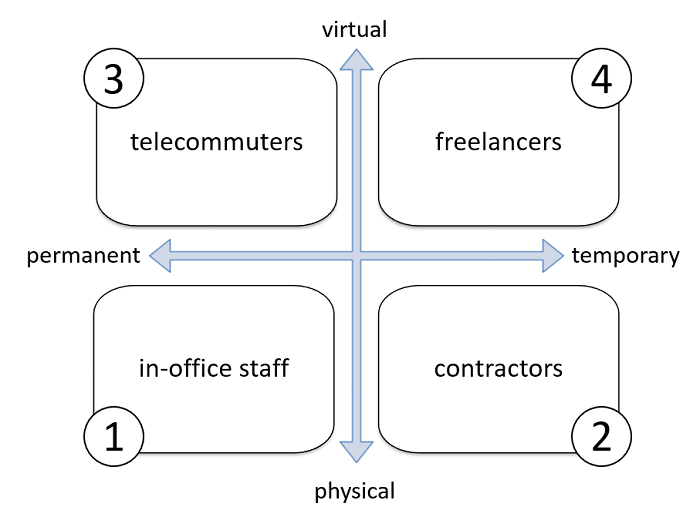 These team members have a traditional work style, working regular hours in a regular place. They are the traditional kind of office worker, and many of them like the clear boundaries around their work. They like working with the same people, in the same office, and with the opportunity to “switch off” when they close the office door behind them every evening.

But many of them would also like more flexibility, especially if they see some of their other colleagues who enjoy that flexibility. So accommodate their needs as they arise.

These team members join for a fixed time, depending on your needs, and then leave. Some work with you on long-term contracts, and act just like your in-office staff in day-to-day operations.

After their initial onboarding, they often fit in like everybody else. But the onboarding process itself takes time, as they learn the formal and informal rules of your team and the way you work. So integrate them into the team quickly and effectively.

These team members work from home, and are often more productive because they have more control over their environment, and don’t suffer as many distractions and interruptions as people working in an office. They have enough self-discipline to work effectively without supervision, and find other ways to make up for the cameraderie and rapport of an office.

These people are often seen as short-term, incidental resources you use only for small tasks. They have specific skills and experience, which you engage on a task-by-task basis. They are efficient, focussed, highly productive, and don’t need much onboarding.

Because they have worked for many clients, and often in different industries, they often have great depth and breadth of experience. But most leaders don’t take full advantage of these team members, and simply hire them for small, well-defined tasks only. If you want to get more value from them, invite them to participate more in the team.

How are YOU leading your distributed team?

Are you taking full advantage of all your team members? You don’t need to make big changes to your leadership style – just recognise these four types of team members and give them more opportunities. You might be surprised to realise just how much they want to contribute – if only you let them.