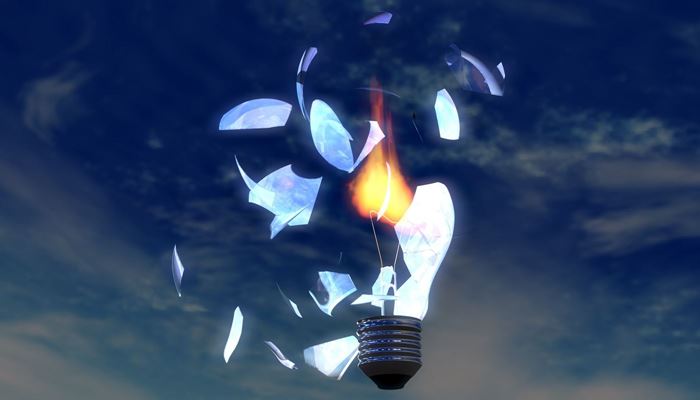 Last week, I spoke at an innovation breakfast for the forward-thinking team at Landgate, the State government authority responsible for property and land information in WA.

In my keynote presentation, “The New Rules For High Performance”, I made the point that innovation is everybody’s business. It’s not just for a product team, an R&D department, or an innovation task force. It should be part of everybody’s role, and every leader has the responsibility to provide an environment that fosters and encourages innovation. 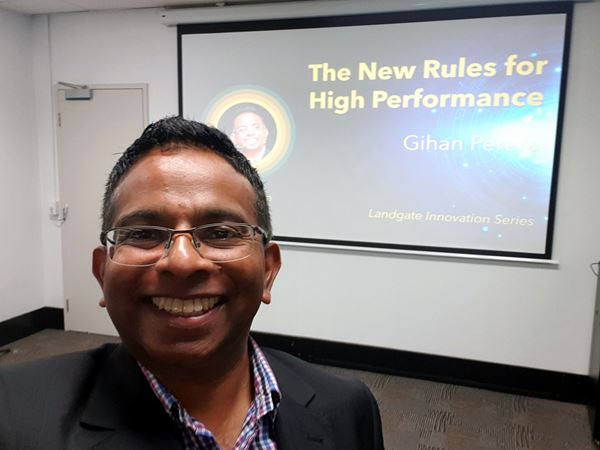 If you haven’t had an innovation focus in the past, it’s not easy to just switch it on. And if you’re a leader of a team facing tight deadlines with limited resources, it’s all too easy to push innovation to the side until “things slow down”. Of course, we know things will never slow down, but it’s a convenient delusion at the time.

Most leaders don’t deliberately try to sabotage innovation. But – deliberate or not – some of the things they say might have exactly that effect. For example, here are ten phrases that run the risk of bringing your team’s innovation to a screeching halt:

The most dangerous thing about these ten phrases (and others like them) is that they are probably true! You don’t have time, it is against policy, it isn’t part of their job, and you are too busy. That makes it easy to rationalise and justify. But it also sends the wrong message.

Clean up your language.

There’s no silver bullet or secret formula to create a culture of innovation. Like everything to do with culture, it happens over time. But you can make a start by changing what you say. 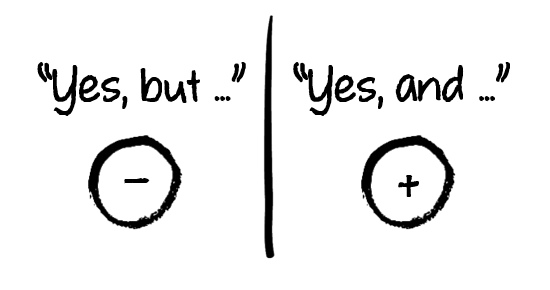 Stop saying “Yes, but …” (which is in effect what all those ten phrases mean) when somebody brings an idea to you.

What do you say instead? Well, that will depend on the situation! But at least you’re not slamming the door in their face. Together, you can look for a “Yes, and …” option – and that’s the first step to creating an innovation culture.