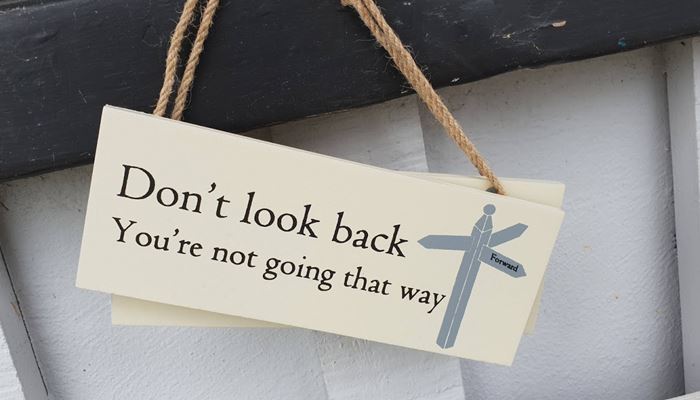 On 2nd March, Australia recorded its first death from coronavirus – a 78-year-old Perth man who returned to Australia after contracting the virus on the Diamond Princess cruise ship. Even if that feels like a lifetime ago, it’s been only 10 weeks, and in that time Australia has done an amazing job of controlling the spread of the virus. There’s no doubt we have successfully “flattened the curve”, and we’re just starting to see the rewards for our efforts, as we cautiously start to lift some of our restrictions.

Judging by some people’s behaviour, they think the pandemic is over and they can go back to their normal life. Some people even think the restrictions were too strict and unnecessary. But the experience from elsewhere in the world shows we’re on the right path. That said, despite our success, it’s too early to declare victory. You don’t take off your parachute before you reach the ground!

I’ve recently been having conversations with clients who are planning for the future for their people and organisations. None of them have that foolish belief that the pandemic is over. But even if we leave that attitude aside, I see two other views about the future. I always urge my clients to consider both options, because they lead to two very different outcomes.

Option 1: We’re on the road to recovery.

For many organisations and their leaders, as we’re just starting to recover, they see the light at the end of the tunnel. In the short term, while the virus is still loose in the community, they know we need to be careful, and we will need ongoing rules about physical distancing, extra health checks, staggered work hours, and some travel restrictions. Of course, different industries have been affected in different ways, so the time frame will be different for everybody. But at least they can see a return to “normal” in the near future.

This is like your computer getting infected with a software virus, which takes some time and effort to eliminate, but eventually you can turn it off, start it up again, breathe a sigh of relief, and get back to work. You’ve lost some time and money, but at least everything’s back to normal now.

There’s nothing wrong with this view, and for many organisations this is exactly what will happen. But it’s not the only way to think about the future.

What if we never returned to the way things were?

Instead of circling back to what was normal, what if this pandemic has created a completely different path for our future?

For instance, you might have heard we won’t go back to normal until we have a vaccine, and that’s at least 18 months away. But even if 18 months seems like a long time, keep in mind this is an optimistic estimate. Most vaccines take 10-15 years to develop, and some viral diseases (like AIDS) still don’t have a vaccine. We might be lucky this time – especially with a concentrated global effort and the help of technology such as CRISPR gene-editing technology and AI processing – but we can’t rely on it.

Another example is the return to air travel. International travel won’t be safe until the rest of the world has coronavirus under control, but you might expect domestic air travel to resume by the end of the year. But don’t expect it to be the same as before. For example, we might have early arrival at the airport for temperature scanning, sanitisation of luggage before check-in, physical distancing in security queues, physical distancing in the cabin (e.g. empty middle seats, which means lower capacity and higher ticket prices), less interaction with cabin crew, no meal service, luggage sanitisation again on arrival, and so on. If this adds to the cost and time of travel, it might become too expensive and difficult.

I see this kind of potential scenario playing out in many industries, where people don’t want to return to the way things were. Sometimes this is a choice, at other times it’s forced. For example:

It’s time to think the unthinkable.

If you’re thinking things will be “back to normal soon”, you might be right – but it’s a limited view that will help you in the short term but leave you vulnerable to long-term effects. On the other hand, you do need to take practical steps to operate and adapt now. So don’t throw out this thinking altogether. But also take the opportunity to think the unthinkable.

Last year, when I was doing some strategic planning with leaders of a healthcare group in Australia and New Zealand, I posed the question, “What if Australia and New Zealand operated under the same (healthcare) rules?” Of course, everybody said, “That could never happen”. Yet, less than a year later, we’re seriously considering the idea of something similar: a trans-Tasman “travel bubble”. But those healthcare leaders were right at the time, because it was so unlikely it might as well be “never”.

But times have changed. The pandemic has shaken us up in so many ways that we have a real opportunity to take stock and think differently.

As we start relaxing some of the restrictions around our life, remember it might not be the beginning of the end.

It just might be the end of the beginning.