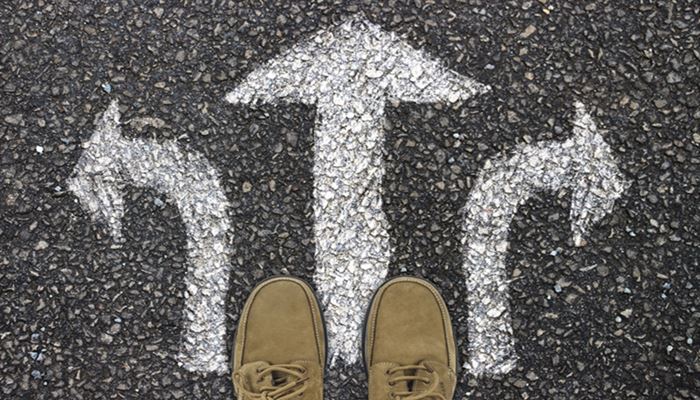 I was recently working with a leadership team in a financial services business. Their business, and their industry as a whole, hasn’t been badly affected by the pandemic – at least not directly. But, of course the pandemic – and its health and economic impact – affects us all in different ways. So, even though their employees knew their jobs were secure, there was still a lot of uncertainty in the rest of their world.

As a result, people in this business were unwilling to think ahead. They would only make short-term plans, set small goals, and refuse to make any but the smallest of changes. After all, what’s the point of planning a big change or setting a big goal if the world is going to change next week, right?

You can understand the logic, but that’s dangerous thinking. This is the time when we most need to think ahead, change, and innovate. Innovation is more important now than ever before because so much is changing around us that we can’t afford to keep doing things the same old way.

The leaders I was coaching understood the problem, but didn’t know how to find the right balance between short-term thinking and long-term innovation.

The answer is to do BOTH!

The word “innovation” scares some people, but it shouldn’t.

Innovation doesn’t have to be about making a massive change. You don’t have to invent a new iPhone, find a COVID-19 vaccine, solve the problems of workplace diversity and inclusion, or build an app that transforms your entire industry. Most innovation happens with much smaller changes – but they are still important.

Innovation is simply being proactive about change.

The quests get all the publicity, and that’s not surprising because they are exciting and groundbreaking. But the two other types of change are just as important in your workplace.

Let’s look at each of them in turn – and I’ll show you how to encourage them in your team.

This kind of innovation happens at the individual level. It doesn’t always need an entire team, and it can occur “in the moment” on regular day-to-day tasks.

As a leader, encourage your team members to find improvements in their regular work.

You can do your part by fostering an innovation culture. For example, in each of your staff meetings, perhaps you spend five minutes going around the room and asking everybody to share something interesting or innovative they noticed in their world (Thanks to my friend and innovation expert, Nils Vesk, for this idea).

Also, act fast to implement their ideas. Because we’re talking about small changes here, you can do them quickly and cheaply. Not only does this create positive change, but it also helps people get into the habit of change and innovation.

For goal-oriented thinking, run a project with your team (or sometimes with part of your team). Unlike the individual innovation of A-B thinking, make this a team effort.

Treat it like any other project, with goals, milestones, resources, check-ins, and celebrations. You can choose an appropriate time frame, but 90 days is about right for most of these projects.

As with other projects, be willing to dedicate time and resources to this innovation. For example, Google allowed their engineers to use 20% of their time to work on private projects (and that led to things like Google Maps and Gmail). Even if you don’t make this a formal rule, give people time to work on your innovation project.

With the third kind of innovation, nobody knows where this will lead, but you’re willing to give your team the resources to help them succeed.

In his book “The Luck Factor”, Richard Wiseman points out that extraverts tend to be “luckier” simply because they spend more time with other people, so they are more likely to create useful connections just by chance. The same applies to innovative thinking: Give your team members more opportunities and in different environments.

Be willing to kill some sacred cows – long-established rules and norms that are still in place because “we have always done it that way”. Imagine what would happen if you did them differently. Even better, do them differently and see what happens! This can make waves, but be willing to stand by your team.

You might also create friendly competition between team members (but always in a light-hearted way, because you don’t want them sabotaging each other). For example, Instant Offices challenges its employees to work in teams to develop and present their ideas in a format like the reality TV show Dragon’s Den or Shark Tank.

What are YOU doing to build a culture of change in your workplace?

In these challenging times, the teams that can think ahead and plan for change – even in uncertainty – are most likely to succeed.

Jack Welch, the former CEO of General Electric, put it this way:

As a leader, you play an important role in your team’s change culture. What are you doing to encourage your team to plan further and change faster? Your future depends on it!