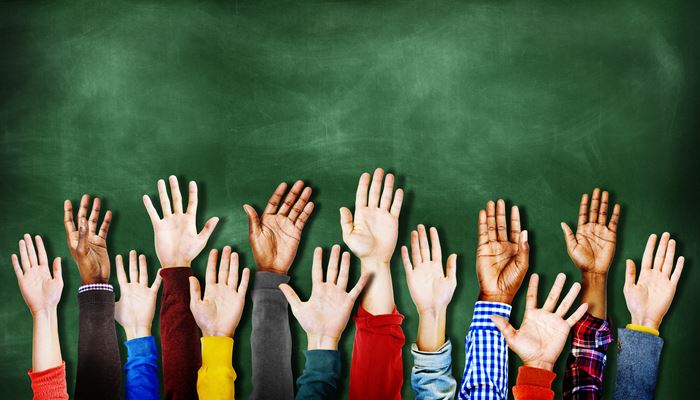 I’ve just returned from a quick trip to Port Hedland, in the north-west of Western Australia, where I was speaking at a one-day economic and resources forum. Western Australia was recently ranked the most important mining location in the world, and the success of our mining and resources sector was the major factor in Australia being able to weather the COVID-19 storm. Port Hedland is one of its key hubs and gateways to the rest of the world.

Representatives from BHP, Fortescue, and Roy Hill also spoke at the forum, and I was struck by their genuine interest in the local communities, not only about digging up the ground for iron ore to sell to China. They not only supported the community, but also valued input from the community. I’ve found this same attitude whenever I’ve done other work in this sector as well.

It’s easy to fall into the trap of thinking your years (decades?) of experience, expertise, and deep knowledge of your industry make you the best source of ideas for solving problems. Of course, you engage your team as well, but might go no further. You might think outsiders couldn’t possibly know anything useful that would help with your business innovation.

But nothing could be further from the truth. Not only is this belief not true, it might be the exact opposite of the truth.

A team of Harvard researchers demonstrated this in a study of carpenters and their work practices (Look up the article “Sometimes the Best Ideas Come from Outside Your Industry”, published in the Harvard Business Review). Carpenters should protect their health and safety by wearing face masks while working, but many didn’t – because it was inconvenient, uncomfortable, or they just forgot. So the researchers recruited people from three different fields to suggest ideas to encourage carpenters to comply:

You probably won’t be surprised to hear that the roofing contractors did indeed have some novel and practical ideas for the carpenters. But the most novel solutions came from the rollerbladers! Unconstrained by their assumptions about the other field, they suggested novel – and practical – ideas that made a difference. 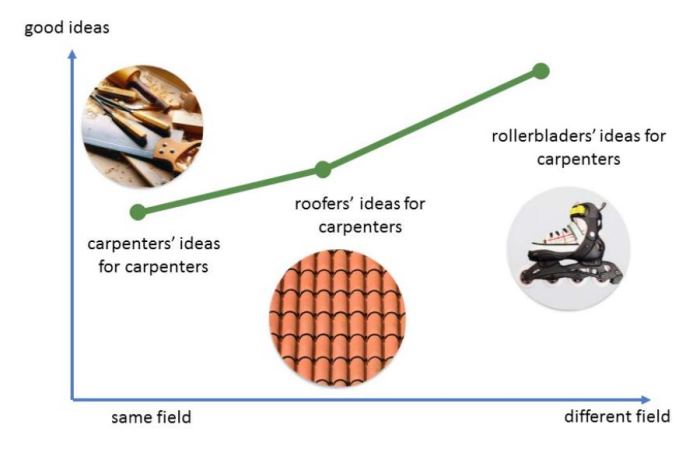 And it wasn’t that rollerbladers as a group are any more creative than the others in the study. The researchers discovered the same effect in reverse – that is, carpenters had better ideas for rollerblading safety than the rollerbladers themselves.

As the researchers said:

“When you’re working on a problem and you pool insights from analogous areas, you’re likely to get significantly greater novelty in the proposed solutions, for two reasons: People versed in analogous fields can draw on different pools of knowledge, and they’re not mentally constrained by existing, “known” solutions to the problem in the target field. The greater the distance between the problem and the analogous field, the greater the novelty of the solutions.”

With so much innovation happening in so many different fields, you have a rich and almost unlimited source of new ideas available to you. The best, most profitable, ideas for your business might already be in place – somewhere completely outside your field.