Next week, I’ll be working with a leadership team to help them with their short-term strategic planning. They have an ambitious goal to grow by 50% within two years, and they need to create some concrete plans now to achieve that goal. But in a fluid, fast-changing environment, they don’t know exactly how to start planning. They want me to help them understand how to succeed in an uncertain future.

Take a leaf out of the coaching manual.

My 18-year-old nephew Riley is a very competent cricketer (even though I say so myself as a proud uncle), whose goal is to bat at #3 for Australia. Living in Perth, he was fortunate to get some professional coaching from former Australian coach Mickey Arthur, who also lives here. I took Riley to a coaching session and watched Mickey using a bowling machine to bowl hundreds of balls to him – and offer feedback after every ball. His feedback was always along the lines of, ‘Eyes over the ball, Riley’, ‘Front foot forward, Riley’, and ‘That’s better, Riley’. 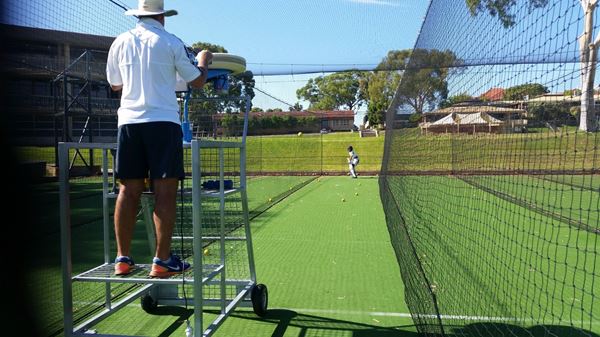 That might sound unexceptional, but I noticed he never said, ‘You’re getting closer to batting at #3 for Australia, Riley’. That advice – however well-intentioned – would have been worthless. That goal was too far away for a fifteen-year-old kid and could only demotivate him. Mickey knew the short-term process was more important than the long-term outcome.

You can’t always plan the journey.

The same applies to making progress in an uncertain and volatile world. The future is unclear, but instead of making your goal small enough to see the outcome, focus on the process instead.

Focus on getting better, not just being good.

When working on a difficult or complex task, or aiming for a goal you can’t see clearly, it’s difficult to focus on the finish line. Instead, set ‘get better’ goals, which measure progress by improvement, development, and growth.

That doesn’t mean you never focus on the outcome or lose sight of your goal. As you get better and closer, you naturally shift your focus from process to outcome. But don’t do that too soon. Get better little by little, and soon you’ll be getting there faster.

Grant Halvorson suggests you only measure progress by comparing yourself with yourself (as an individual or team). In other words, aim for ‘personal best’. Don’t compare your team with other teams, don’t pit team members against each other, and keep individual goals private if they don’t need to be shared.