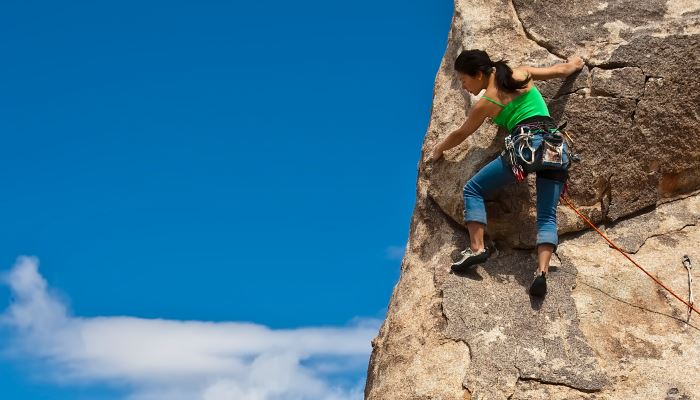 When the World Economic Forum’s ‘Future Jobs Report’ for 2020 identified the key skills we need for the future workplace, one of the top five (both globally and for Australia) was active learning. We can’t rely only on the skills and knowledge that brought us here; we must be willing to be constantly learning, updating and upgrading skills and knowledge, and ‘un-learning’ what used to be true but isn’t relevant or correct anymore.

But we all know this, right?

Yes, but if you want to turn basic skills into mastery, you need to go one step further. An important part of active learning is implementation – that is, putting whatever you learn into practice.

We’ve come a long way from basic training rooms, and can tap into advanced training technology such as virtual reality headsets, AI, and augmented reality. But in an uncertain environment and a fast-changing world, learning a skill in a training environment is just the first step. Until you apply that skill in practice and in context, it will remain purely an academic exercise.

One of my clients, Dr Nicky Howe, the CEO of Southcare, an aged care facility in Perth, is my role model for this practice. Nicky is an enthusiastic learner who dives head-first into any new learning opportunity. I like that quality, but what I admire even more is her desire to implement new ideas quickly. Whenever she learns something, she immediately finds a way to put that learning into action. When I was mentoring her, I never had to prompt her to take action after a session. She would tell me – often on the very same day – how she had tried an idea with her team, and then asked me for feedback.

Cultivate this same bias for implementation in your team (and for your own learning, too). When they learn something new, encourage them to apply it in practice. Most people don’t realise the value of implementation, so it’s not natural. You might have to keep reminding them until it becomes a habit, but it’s worth it. 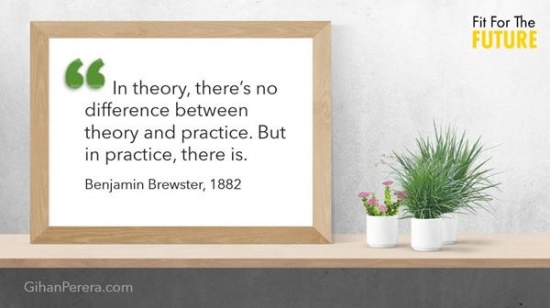 Too many organisations neglect this step.

According to research by Brent Peterson of Columbia University, there’s a major mismatch between what people spend on learning and its effectiveness.

Broadly, if you run a typical training course, Peterson says:

How closely does this match what we actually do? Very badly, according to Peterson: 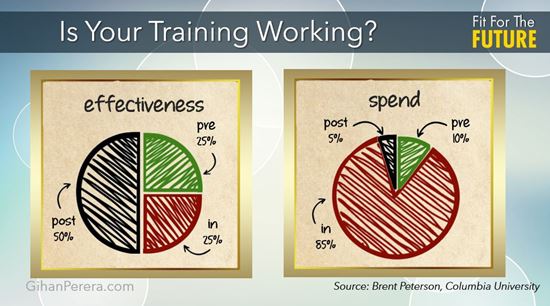 Implementing your learning gives you useful feedback, even if it doesn’t work as expected.

Sometimes (rarely!), it does work perfectly, and that reinforces and confirms the learning.

More commonly, though, you discover unexpected obstacles, so you tweak it to make it work in your environment.

You might even discover it won’t work at all and you need to discard it – but it’s still better to know that sooner rather than later.

Put your learning into action – as soon as possible.