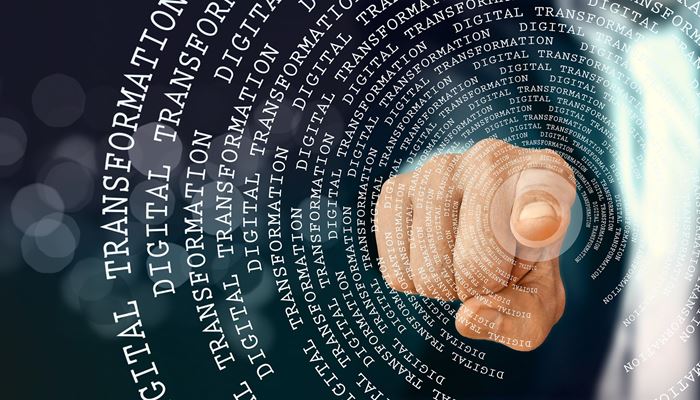 “Digital transformation” sounds like a big deal – like it will involve a massive multi-million dollar overhaul of your existing business. It can be, but it doesn’t need to be. In the last 18 months, we’ve seen much simpler – but very effective – digital shifts, such as retail stores adding “click and collect”, doctors offering telehealth services, restaurants using QR codes for menus and ordering, and office workers collaborating using Zoom.

Digital transformation doesn’t have to disrupt you – unless you ignore it.

That’s because digital is exponential, and competitors will use exponential disruption to sneak up on you.

That’s what happened to Kodak.

One of the most commonly-quoted stories around digital disruption is about Kodak, which was the market leader in film photography, but failed because it couldn’t adapt to digital photography. In 1996, Kodak was the fifth most-valuable brand in the world, with almost 150,000 employees worldwide and a dominant 70% market share. Yet, in 2012 – less than two decades later – Kodak filed for bankruptcy.

There are many variations of the story of Kodak’s demise: It had too much invested in film, it had grown so big it had stopped innovating, the organisational structure couldn’t cope with a digital world, and so on. There’s even one dramatic story that the Kodak employee who invented the first digital camera was told by senior management to hide his invention because it would destroy Kodak’s existing market.

The problem with these stories is that they aren’t true. What’s worse, they hide the real reason behind Kodak’s demise.

So why DID Kodak fail?

My question is: When was it half full?

When I pose this puzzle to groups, a few people usually quickly shout out the correct answer – which is 27 days (It’s full on day 28, and doubles each day, so the previous day it was half-full). By itself it’s only a puzzle, but I go on to show what happens if you work backwards a few days from the end. 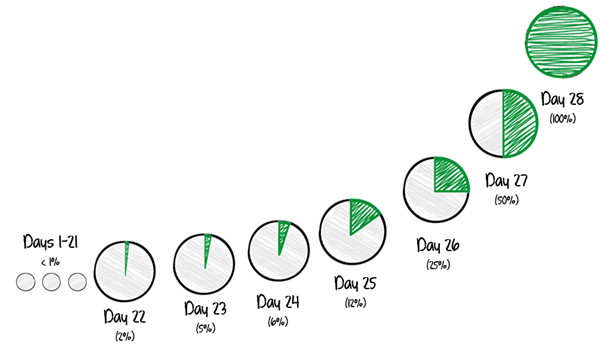 That’s the power of exponential growth.

That’s what happened to Kodak. They weren’t afraid that digital cameras would cannibalise their existing products; they just didn’t anticipate it. They didn’t try to kill off a threat; they just didn’t see it as a threat.

The first digital camera – built by a Kodak engineer – was as big as a toaster, took 20 seconds to take a picture, and the resolution was much lower than a print. Kodak’s management assessed it, but ignored it because they thought it would never be good enough to compete with film cameras. They didn’t account for exponential growth, which allowed competitors to leapfrog their existing product lines.

If you don’t harness exponential growth, your competitors will.

There are many examples of exponential growth in our lives: the memory and power in your smartphone, advances in artificial intelligence, the connections in social networks, networked platforms like Uber, and the spread of a deadly virus around the world.

Small, savvy start-up businesses harness exponential growth to compete with established businesses, who – like Kodak – don’t realise its power until it’s too late. You’re not only facing more competitors; some of them will use the power of exponential growth against you.

Don’t be digital just for digital’s sake. Do it to better serve your customers, employees, suppliers, investors, and other stakeholders. And that means you must harness and leverage the power of exponential growth.