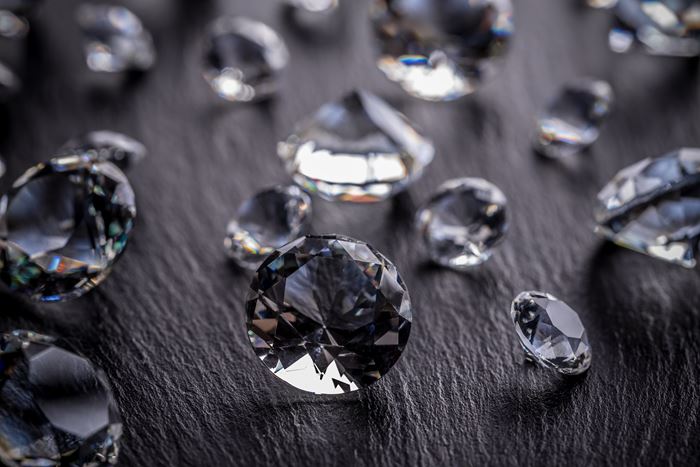 A couple of years ago, when my then 20-year-old stepdaughter Abbey was living in Perth, she and I used to go out regularly for breakfast or lunch. As soon as the food arrived, she – like many others of her generation – pulled out her smartphone, took a photo, and shared it with her friends on social media (I believe it’s the law). And, to her credit, she then put away her phone for the rest of the meal.

Of course, knowing I had a futurist sitting across the table from me, I’m always curious about her behaviour, so I asked about exactly what she was doing. I remember once when she told me she’s stopped posting these photos on Snapchat, and has now gone back to sharing them on Instagram. Why? Because Instagram’s recent update made it more attractive to post there, and she and her friends have all made the switch.

I thought, ‘When was the last time I made that kind of change?’

When was the last time YOU made that kind of change?

Abbey and her friends are happy to keep using whatever works best, and they don’t complain about the constant changes to platforms, apps, and technology in general. In fact, it’s quite the opposite: They crave change, rather than resisting it.

How different this is from the way many people think in business!

Do you love change or loathe it?
Do you embrace it as an opportunity or resist it as a threat?
Do you sigh and call on your reserves of resilience, or get excited and shout, ‘Bring it on!’?

Resilience is not enough.

Over the last two years, we’ve heard a lot about the importance of resilience: bouncing back, standing up every time you fall down, and getting back on your feet after every setback. Resilience is good, but the problem with only being resilient is that you end up being reactive. And even the most reactive person, team, or organisation is still at the mercy of what’s happening around them.

And let’s face it – it’s no fun being constantly knocked down! As good as you are at bouncing back, facing a constant barrage of punches eventually wears you down.

That’s why you need something more than resilience – for yourself, your team, and your organisation.

Instead of just being resilient, build change management into your strategy, so you thrive in chaos rather than being battered by it.

The best organisations are ‘antifragile’.

In 2012, author Nassim Nicholas Taleb introduced the word ‘Antifragile’, in his book of the same name. Something is antifragile when it thrives on chaos. In other words, far from just resisting change or recovering from it, it actively grows and thrives in a chaotic, ever-changing environment.

Think of it like that old saying, ‘Pressure creates diamonds’.

Are you building an antifragile team?

When it comes to managing stress, chaos, and an ever-changing business environment, there are four kinds of teams: 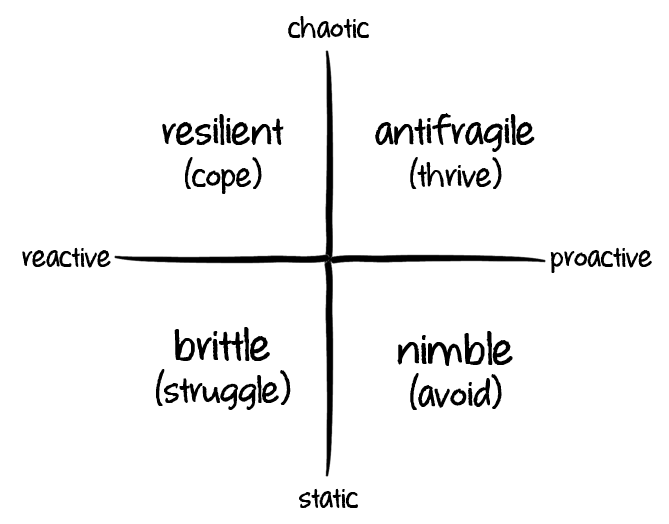 Which of these applies to you and your team?

You might recognise your team or organisation in one of these three categories, but that doesn’t mean all is lost – unless you continue operating that way forever.

Now is the perfect opportunity to set a new direction for your team: Be more antifragile.

What does this mean in practice?

Here are three things you can do to get started:

Whatever you do, start now! In any industry, not all businesses will survive. Be more antifragile, and you’ll thrive – not just survive – in this fast-changing world.

I was recently speaking at a conference for the top[...]