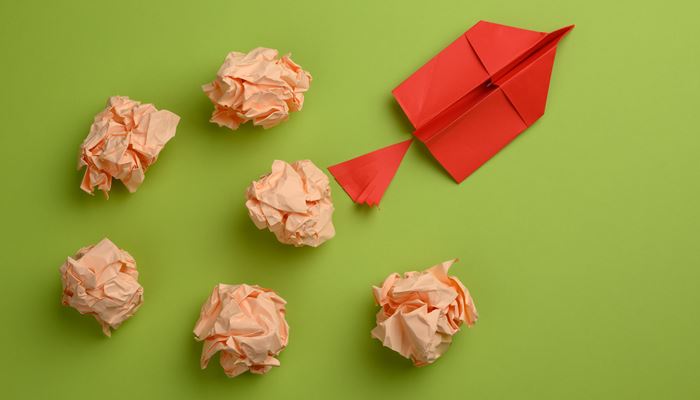 In 2020, Sandra Choi, creative director at designer footwear company Jimmy Choo, launched a competition for fans to design their own fantasy shoes. Anybody could submit a sketch to Choi, who posted her top ten choices on Instagram and asked the community to vote for their favourites. After almost 200,000 votes, five winners were chosen, and they worked with the Jimmy Choo team to turn the sketches into commercial products.

This is a example of an organisation inviting customers to join their teams – a process called ‘customer co-creation’. Think of it as running a competition, where many people enter for the chance to win, but only a few win the prize. It doesn’t always take the form of a competition, although that’s common because it’s usually a low-risk, high-return option.

Here are more examples of companies that embraced co-creation:

This is focussed crowdsourcing.

Customer co-creation is one type of crowdsourcing, where you reach out far and wide to tap into the collective and diverse expertise of the world (mostly your customers and fans, but there’s no reason it can’t go wider).

This might seem like a random and haphazard way to do business, and it’s not appropriate for every project. But for some areas – especially those in your customer journey – it can be very useful.

We most often hear about customer co-creation at the idea generation phase, but consider using it at all stages of your product cycle – for example:

Co-creation requires a high level of trust and transparency because you lower the drawbridge and invite customers inside your fortress. With loyal customers and a supportive community, people want you to succeed and are keen to help. But without that relationship, co-creation can be risky. Even a competition can be abused, as the UK government discovered when it invited the public to name their latest polar research vessel – leading to the most popular vote being ‘Boaty McBoatface’ (which was unfortunately overruled).

But don’t let that discourage you from inviting customers into your team. Done well, it’s one of the best ways to generate new ideas.

Most leaders don’t try co-creation because they think it’s only for small start-ups. But it’s a valuable tool for any kind of organisation or team that wants to engage diverse thinking to find innovative solutions to complex problems.

Ask yourself – and your team – these three questions about co-creation:

A crisis doesn’t create leaders; it amplifies them. This time[...]

When The Going Gets Tough, Involve Your Team

I’ve been working with many leaders recently who are doing[...]

Getting The Working From Home Formula Right For Your Team

I’ve been doing a lot of work recently with leaders[...]

How Will You Leverage Something New?

Turn The Tables On Talent