Have you noticed it’s getting harder to get noticed? 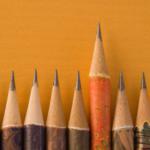 In the past, when a customer wanted to buy something important – whether it was insurance, a house, their next car, or an IT system – they would start by talking to a professional, like you. They knew you were an expert in this area, and knew you had the knowledge and information to help them to the right buying decision.

That’s changed now. The Internet has changed the entire buying process – and it affects you, even if you don’t sell anything online.

If information is power, then power has shifted to the customer.

What if you could turn this around?

Wouldn’t that be a great place to be?

In fact, it would be better than in the past, because you would be different from everybody else. While your competitors are struggling to get in front of people, those same people would be choosing you.

There isn’t a magic wand (but you knew that already, right?), but there is a magic word.

In other words: You need to be a recognised expert in your field.

Even better, you want to be the recognised expert in your field. But that’s not essential. What is essential is being recognised as an expert who can solve your customer’s problems. That makes you an authority.

I’m not talking about people who have authority because of their title (Pope, Prince or President), position in the organisation (CEO), or uniform (police). In fact, we trust that sort of authority less and less now.

I’m talking about being an authority.

Who are the people you consider as authorities? Here are some of the common signals we look for:

Personally, I think being a published author is the best option, but you might prefer something else. Regardless of what you choose, choose something so you become an authority and stand out from the crowd.