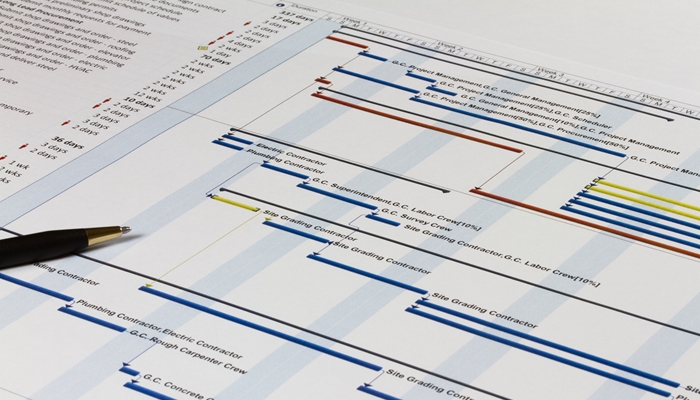 When the Institute of the Future identified ten key skills for the future workforce, one of the most important in the list is what they call “Cognitive Load Management”.

This is what we used to call time management, and has expanded over time to include concepts such as productivity, goal setting, stress management, work/life balance, and information overload.

Cognitive load management is the same basic concept, but emphasises the skills of managing large amounts of information, interruptions, and demands on our time and attention. It reflects the reality of our world now, where many traditional productivity techniques simply don’t work anymore. For example:

As a result, you need new strategies for productivity and performance.

One of the most important productivity skills for the future is to think in terms of projects rather than goals.

As I said, setting a “long-term” goal (and even 12 months is long now!) no longer works because the world changes so fast that the goal becomes obsolete.

So create projects instead.

A project is a small, clearly-defined job. Like a goal, it has an outcome, but it also has a plan attached to it. And it has a shorter timeframe.

Sending a man to the Moon was a goal. Each individual rocket on that journey was a project.

When working on your business, launch a project every 90 days.

The nice thing about a 90-day project is that you can plan it with a reasonable amount of confidence. It’s long enough to do something significant, but short enough that the world won’t change too much around you. There might be the occasional change that means you have to adjust your plan, but you probably won’t have to throw it out altogether.

An additional benefit of 90-day projects is that they make performance reviews more useful. The typical annual performance review has limited value, and everybody does it reluctantly. But if you do it every 90 days instead, it becomes practical, useful, and motivating.

Every 90 days, choose one project for yourself and one for your team as a whole (with their input). Then ask each team member to choose a project as well. It helps if that project is related to the team project, but that is not essential.

These individual projects are as important as the team project because they acknowledge what every individual (including you) brings to your workplace. As important as it is to work together as a team, it’s also important for individuals to thrive and flourish.

If you’re already an experienced project manager, you could now take the 90-day project and treat it like any other project – with milestones, tasks, resources, dependencies, and so on. However, this is probably too much detail for such a small project. A simpler approach is to break this down week by week. That gives you about a dozen small, manageable chunks.

You have about 12 weeks to complete the project, so break it down week by week. Plan out the 12 weeks, with a milestone at the end of each week. If you know the path you need to take, you might be able to do this easily. If not, make a rough plan anyway, knowing you can adjust it as things become clearer.