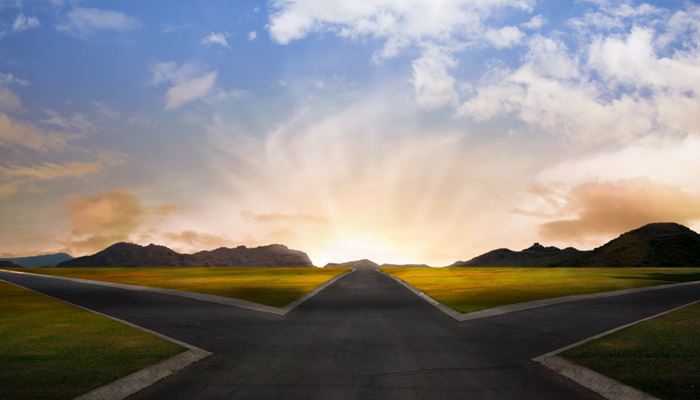 In 1965, the oil company Royal Dutch Shell started its department of Long-Term Studies in its London headquarters. The term “department” is an exaggeration, because Ted Newland, who was given the lead role in this area, said, “I was placed in a little cubicle on the 18th floor and told to think about the future.”

With the help of Jimmy Davidson, who recruited him, Newland started by delivering a “Year 2000” study report, and then a series of reports projecting long-term outlooks for the company.

Rather than trying to make clear, precise predictions (an impossible task, anyway), their group explored a series of alternative futures, and developed plausible stories for how Shell could respond in each scenario.

The first round of these scenarios was completed and presented to senior management in 1971. Since then, Shell’s scenario planners have continued to deliver this service, with more than 30 rounds of scenario planning over the years.

For example, these are some of the scenarios they presented:

Over half a century, scenario planning continues to provide valuable support to the organisation’s high-level strategic planning and decision-making.

In a fast-changing world, it’s impossible to predict the future, especially beyond the short term. After a certain point, it doesn’t make sense to keep gathering data for a better prediction, because you get caught in paralysis by analysis, and soon reach the point of diminishing returns.

Aim for flexibility rather than accuracy.

The Shell team decided they would only consider scenarios that were plausible, while other scenario planners recommend assigning probabilities to the scenarios.

If you don’t have the resources to conduct in-depth scenario planning (and most organisations don’t), a simple – but still effective – method is to classify the scenarios by two criteria: how likely they are and whether they will have a short-term impact.

This means you can classify the scenarios into four groups, depending on where they fit according to these two dimensions: 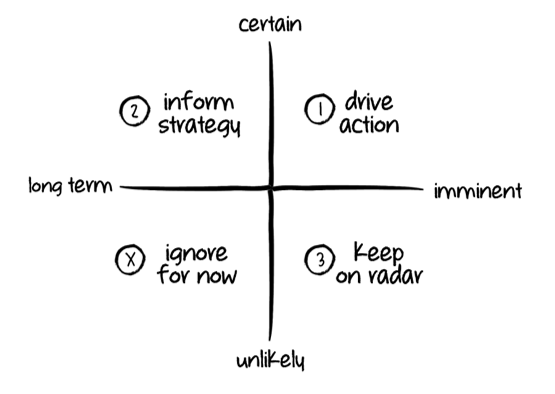 You then deal with them differently:

Do this scenario planning exercise regularly. It’s not just useful – it’s part of your responsibility as a leader.

Organisations who do this kind of scenario planning usually do it only at the most senior levels. But there’s no reason you can’t apply the same process to teams and projects as well.