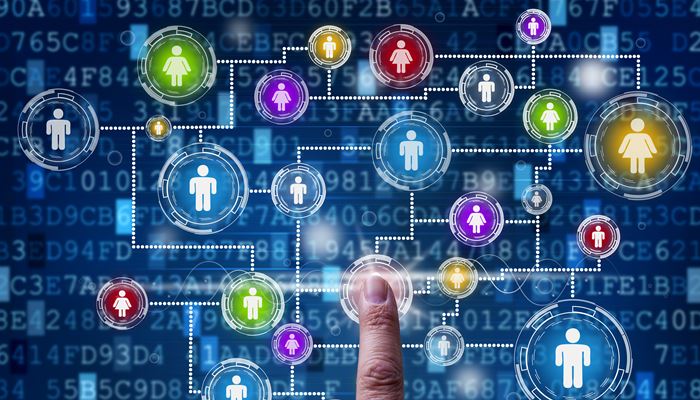 Many people don’t know how to use social media well, especially in a business or professional context. This is a genuine and valid concern. After all, your mother might have told you which cutlery goes with which course, but you probably didn’t have anybody telling you the etiquette of communicating in the online world.

Based on my 30+ years of using the Internet, I’ll give you the seven most important rules for you to follow.

1. Give honest and sincere praise.

If you see something you like online, tell the person who created it – preferably publicly. For example:

Make sure the praise is specific, and, if possible, add value to the conversation. For example, when sharing a blog post or article, it’s OK to just write “Great blog post!”; but it’s much, much better if you can also add your perspective to it.

Don’t make this a sneaky marketing tactic. For example, don’t look for sneaky ways to insert your Web site address in there, unless it’s relevant. People see through this easily, it taints the praise, and it damages your reputation.

I recently saw a well-respected blogger rant about an e-mail he received. However, it was an internal e-mail from an organisation to its members. Rather than spending five minutes checking into the background and context of the e-mail, this guy ranted about it on his blog. It was totally out of context, and totally inappropriate. Unfortunately, because he had taken such a strong stance, when people started pointing out his error, he was too far gone to back down completely, and dug in his heels further. Although he did back down a bit, I’m sure he was glad when the torrent of comments faded away!

This is the flip side of the praise coin, of course. Assume everything you write online is recorded, backed up, indexed in Google, and can be used in evidence against you. Even if you meant it to be private, once it leaves your computer, you’ve got no control of it!

So just be on the safe side, and bite your tongue.

3. Respect other people’s opinions and backgrounds.

When Australian cricketing legend Don Bradman passed away in 2001, I remember one news report that said more Indians than Australians mourned his loss. It was just one more reminder that we live in a global village.

The motto of the Internet is “Think global, act global”. Allow for differences in culture, time zones, language, Internet access, speed of access and timeliness of information.

Gone are the days when we “Westerners” would be expected to “tolerate” other cultures. In the online world, it’s already the other way around.

4. Become genuinely interested in the people in your network.

On a smaller scale, create real connections with the people in your online network: Your Twitter followers, your LinkedIn connections, and your e-mail newsletter subscribers.

Don’t fall into the trap of thinking it’s about quantity – the number of Twitter followers you have, for example. It’s not. It’s a cliche, but it really is about quality instead.

If you follow the previous rule and genuinely take an interest in other people, you’ll find myriad ways to help them online.

It might be as simple as forwarding an article to them, or directing them to a video, re-tweeting something relevant, or sharing this blog post!

You might remember a time when business consultants recommended the idea of faxing magazine articles to clients, as a way of keeping in touch. Now you forward an e-mail, share a tweet, send a Web link directly from your browser, take a photo on your phone and e-mail it, etc. You get the point!

For even stronger connections, use physical messages in a digital world: a postcard, handwritten thank-you card, or book.

I used to regularly tell people how important it was to survey your market before launching a new product or service, because your market will tell you exactly what problems they want solved.

I still believe in the importance of understanding your market. But I don’t think surveys alone are good enough any more. Your market will expect you to know what they want. How? Because you’ve been listening online. You’ve been participating in discussions, joining relevant Facebook groups, monitoring LinkedIn questions, and so on.

Surveys are still useful, but they’re no longer the most important piece of the puzzle. Be an active listener before you send out that survey.

7. Show them how to get what they want.

It’s nice to praise, respect, connect, re-connect and listen. And even if you do nothing else but this, you’ll build a strong, positive reputation online.

But if you really want to put the icing on the cake, help them get what they want.

How can you use these rules in your online world?

I’ve given you some specific examples here, but they are only examples. Some of them won’t apply to you, and conversely you’ll find other ways to achieve the same effects. The important thing, of course, is to understand the principles.

I called these the new rules of social media communication. Ummm … That’s not strictly true. I swiped all seven of these rules from Dale Carnegie’s classic 1936 book “How To Win Friends and Influence People”.

It’s not about Twitter, Facebook, or LinkedIn. It’s first about people connecting with people, and treating each other with courtesy and respect.