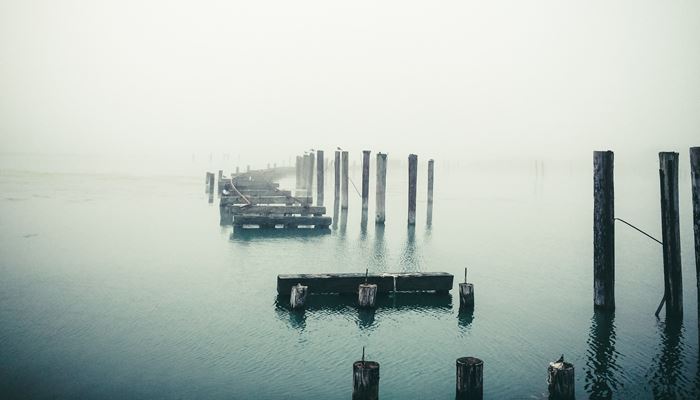 How well do you deal with uncertainty? Probably not as well as you’d like – and that’s a problem, because the uncertainty we’re facing in 2020 and 2021 will continue for some time to come.

Unfortunately, we’re hard-wired to prefer certainty, and there’s research to prove it. In 2016, a team of researchers ran an experiment to find the relationship between stress and uncertainty. They designed a computer game where participants were asked to turn over rocks on the screen, and were given an electric shock(!) if there was a snake under a rock.

The researchers could change the game in two ways:

As you would expect, the participants were more stressed as the number of snakes increased. But they were even more stressed when they didn’t know if a “safe” rock might have a snake under it next time. They would rather have a dangerous environment with more snakes, as long as they could eventually determine where the snakes were.

In other words, they were more stressed by uncertain outcomes than by predictable negative outcomes.

The same thing applies to our future!

It’s like planning a journey over a mountain. We can see the summit, so we can plan that half of the journey – even if it’s difficult and treacherous. But we can’t see what’s on the other side, and that uncertainty causes the most stress. 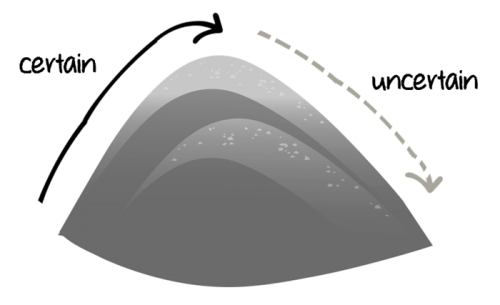 This is probably true for you (and you know it).

Over the years, I have conducted these surveys in many industries and at different leadership levels. The numbers varied slightly, but the pattern was consistent – for example: 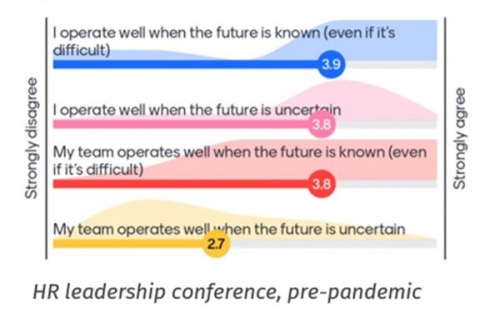 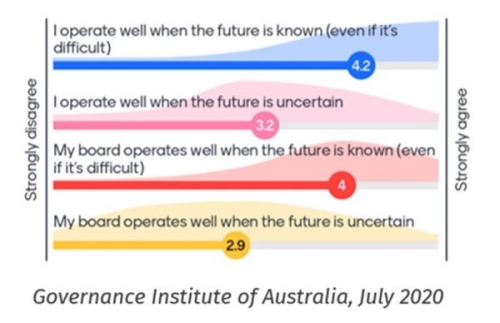 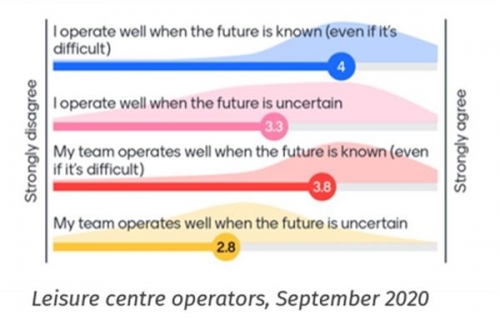 These informal surveys aren’t rigorous science, but they match what the research says about uncertainty and the unknown (for example, the study I mentioned above about the fear of the unknown). Not only does uncertainty affect our emotional state now, it also makes it more difficult to plan for the future. As soon as the future becomes cloudy and uncertain, many people flounder and don’t know what to do.

Even across one country, different people are affected differently – with lockdowns, mask-wearing, interstate travel restrictions, and so on. Regardless of the impact of COVID-19 – its health impact, economic impact, social impact, or some combination of them – there’s no doubt our future has become less certain. And as much as we would like to think it’s a temporary problem, all the signs are that we’re in this for the long haul.

So, overcome your natural hard-wiring and become more comfortable with uncertainty.

If there’s one thing for certain, it’s that the future is uncertain.