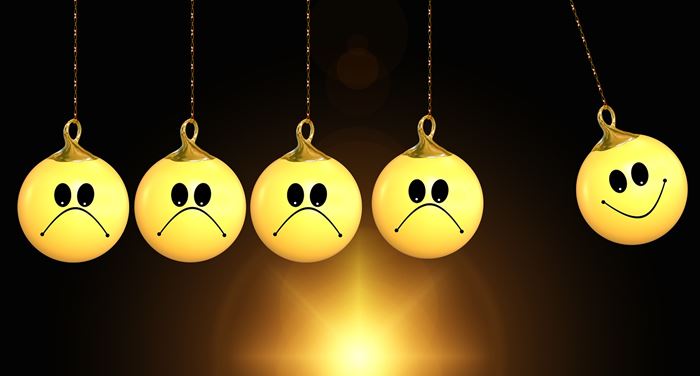 It’s now almost two years since COVID-19 first spread through the world, and there’s no doubt the pandemic has created huge stress and anxiety in many workplaces. So if you’re a leader or manager, you might be heartened by some recent research from the Society for Human Resource Management about how teams are doing during the pandemic.

According to the SHRM research, 72% of people agreed that “our overall organisational culture has improved since the beginning of the pandemic.”

That 72% was the rating from executives – that is, leaders and managers. The response from their team members was much lower. Much … much … MUCH lower.

Yep, a large proportion of managers and leaders were fooling themselves into thinking they were doing a good job building their culture.

And their employees disagreed. 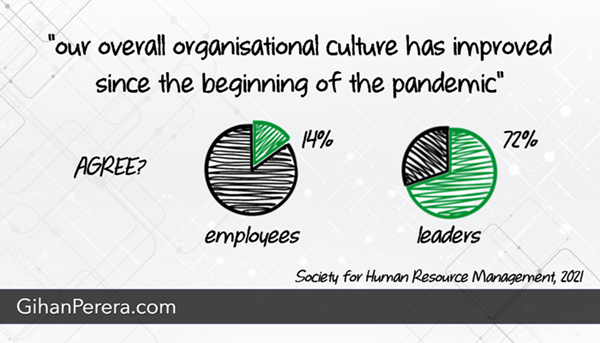 In fact, the survey went on to say that:

If you’re a leader or manager and I asked you about your culture, what would you say? And, more importantly, how would you know?

It’s easy to fall into the trap of thinking things are going well, for a number of reasons: You want it to be true, you notice the things that tell you it’s true (and ignore the danger signs), and people change their behaviour when you’re around.

The first two reasons (wanting it to be true and noticing only what confirms that) are known as confirmation bias. You can address this by changing your mindset to actively seek contradictory information.

The third reason takes more of an effort.

People do act differently when you’re around.

When Jeffrey Puritt, President and CEO of TELUS International, was asked which workplace practice he would most like to eliminate, he said it was the ‘Jeff Said’ game. Puritt was referring to the habit of employees saying they could or couldn’t do something because ‘Jeff said so’. He was most concerned about things being misinterpreted, shared wrongly, and taking on a life of their own. But even when he was quoted accurately, ‘Jeff Said’ had become an excuse to abdicate responsibility.

In any group, status plays an important role. People with higher perceived status (that is, you!) dominate a discussion, even if their knowledge isn’t better or any more valid. People with lower status are less confident to express their opinion, especially if they know it doesn’t align with those of higher status.

When you’re the boss, it’s safer for people to agree with you than to make their own decisions based on expertise and objective criteria. Like baby ducklings staying close to their mother, they don’t want to stray too far from you. They censor their ideas and opinions, to their own detriment and the team’s loss.

Be aware everything you say influences the rest of the conversation, so don’t speak too soon. Instead:

Even your presence alone in a meeting changes its tone and direction, whether or not you speak. Unless it’s essential for you to attend, stay out of the meeting and simply ask for the outcome. This allows others to share more openly and frankly, which usually leads to a better outcome. And, of course, it’s one less meeting for you to attend, which frees up your time for more important activities.