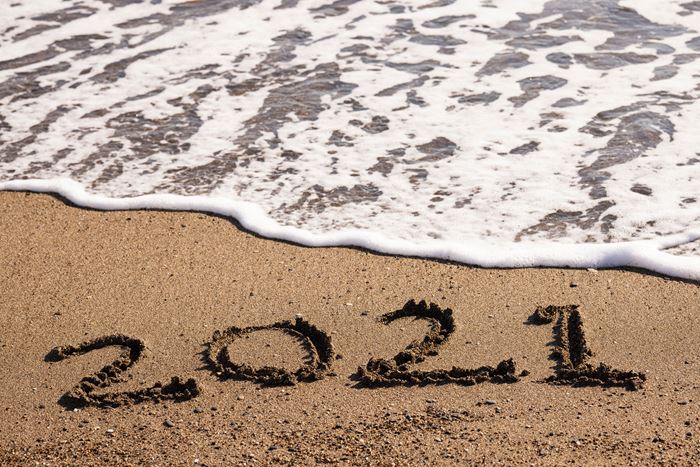 (Sources: Forbes, Springwise, The Happy Broadcast, Wikipedia, and many others! Also, thanks to my 11-year-old niece Maggie for helping me choose which 21 made the final cut.)

1. COVID-19 vaccines prove their effectiveness in the field

First, and most obviously, the COVID-19 vaccines developed at lightning speed last year have proven highly effective in the field in preventing the spread and impact of COVID-19. We still have a long way to go, though, in distributing them equitably throughout the world.

Climate change, sustainability, and renewable energy have been big news this year, and 10 countries are already generating at least 97% of their electricity from renewable sources. Some on the list might surprise you: Albania, Bhutan, Congo, Costa Rica, Ethiopia, Iceland, Namibia, Nepal, Norway, and Paraguay.

3. Workers in Portugal are protected from work texts and calls after hours

Smartphones mean we’re always accessible, but that’s not always a good thing. In a bid to attract more “digital nomads”, Portugal has now made it illegal for bosses to contact employees outside work hours. Employers must also pay for their employees’ working from home expenses – such as increased electricity and Internet bills.

One of the biggest barriers to universal education is the high cost of building schools. The world’s first 3D-printed school has been built in Malawi. It was built by 14Trees, a joint venture between a British development firm and a Swiss building company, and was faster and cheaper than traditional building and construction techniques.

Ngozi Okonjo-Iweala, Nigeria’s former finance minister, is both the first African and the first woman to be director-general of the World Trade Organisation.

6. A human brain wirelessly connects to a computer

In a potential breakthrough for patients with spinal cord injuries, scientists at Brown University in the USA connected a human brain to a computer, allowing people with paralysis to move robotic limbs by mind control.

7. An ocean drone captured footage from inside a hurricane

In September, an underwater autonomous drone steered into the middle of Hurricane Sam, a Category 4 storm off the coast of Bermuda. Researchers from drone company Saildrone and the USA’s National Oceanic and Atmospheric Administration hope to use the data collected to better understand hurricane behaviour.

When it comes to electric vehicles, Europe has been far more progressive than most other parts of the world. In September, sales of electric vehicles surpassed diesel vehicles for the first time. Global supply chain issues might have contributed to this being a temporary blip, but it’s still a positive sign for the future.

Marine scientists are worried about the impact of climate change on the Great Barrier Reef – for example, with three large bleaching events during heatwaves in 2016, 2017, and 2020. In a welcome sign, in November, a massive coral spawning event led to the birth of billions of new coral babies.

10. Astronomers see light coming from behind a black hole

In yet another real-world example of Einstein being proved correct, astronomers observed – for the first time – light bending behind a black hole (800 million light years away from Earth). By observing the light’s journey, they hope to understand better the behaviour of black holes and their surroundings.

11. Lab-grown wood could reduce the environmental harm of deforestation

Just as we can now grow meat in the lab from culturing animal cells, researchers at MIT in the USA have discovered a way to grow wood-like material from plant cells. This technology could eventually “grow” furniture, reducing the environmental harm of logging in forests.

12. Scientists closer to a vaccine for HIV

The SARS-CoV-2 virus that causes COVID-19 has consumed our attention for the past two years, but scientists are also working on other viruses. A new form of vaccine engineering might have created a breakthrough with a vaccine for HIV, which has been among the most difficult to target with vaccines in the past. The researchers even suggest this novel approach could be used for other viruses.

Startup company Wasteless has developed an AI-powered system to automatically reduce the price of perishable food items on shelves as they get closer to their use-by date. They are rolling this out in grocery stores in Poland before taking it global.

More than 160 openly LGBTQ+ athletes – a world record – competed during the Tokyo Olympics. They represented 27 different countries, and if they had been a country, they would have ranked 12th in the final medal count.

Universal basic income (UBI) is the idea that everybody gets paid a non-means-tested “living wage”, allowing them to participate in society without having to worry about basic needs. A new pilot project in Ireland – backed by €25 million funding – will offer this for around 2,000 creative workers next year.

The “protein folding problem” has been a major challenge in biology for decades, with many creative approaches applied to solving it – including turning it into a computer game. Now, Google’s AI software DeepMind has solved this problem, uncovering the structures of 350,000 proteins – dramatically increasing our ability to identify and cure diseases.

Coca-Cola, which – along with Pepsi – was ranked the world’s biggest plastic polluter, is working on technology to create a 100% (recyclable) paper bottle. The first versions still have plastic lids and plastic lining, but the company is hoping to eventually make it 100% from paper.

Germany has legalised the use of autonomous vehicles on public roads from next year. The law still restricts this to certain geographic areas, but allows full use and not just for testing purposes (for example, safety operators behind the wheel won’t be required).

Mojo Vision, a startup company in California in the USA, launched a smart contact lens that augments what vision-impaired people can see in the real world. It eliminates the need for a bulky VR headset, replacing it with an unobtrusive, practically invisible device.

Chile, a highly patriarchal society where the Catholic Church has a powerful influence, embarked on the journey to create a new constitution this year, to replace the 1980 constitution developed during the rule of dictator Augusto Pinochet. The Chilean people consciously rebelled against its past by ensuring the 155-strong assembly is equally represented by men and women.

One of the biggest challenges in space travel is the lack of oxygen. The MOXIE (Mars Oxygen In-Situ Resource Utilization Experiment) on the Perseverance rover successfully converted some of the Martian atmosphere, which is composed mostly of carbon dioxide, into oxygen. This raises hope for future Mars missions.