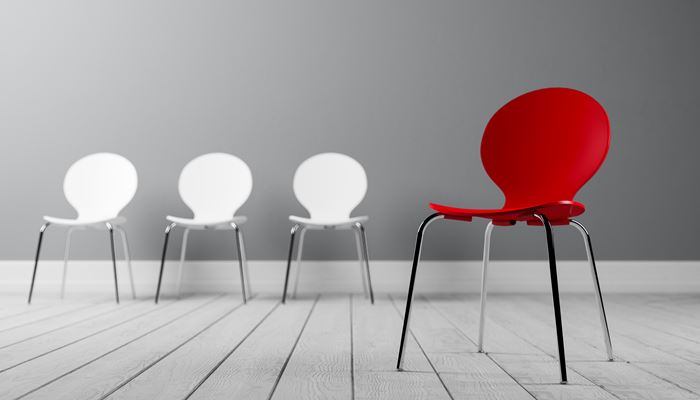 In the past, your authority came from your title, your seniority, your age, or the connections in your network. That’s what it meant to ‘have authority’. Some of that still applies now, but it’s less important. It’s no longer enough to just have authority; people expect you to be an authority as well.

You have always been expected to keep current and build your expertise. But to be a respected leader, that’s not enough anymore.

Eddie Woo is an authority.

You might have heard of Eddie Woo, an unassuming high-school mathematics teacher at Cherrybrook Technology High School in Sydney. He’s an unlikely candidate for being a viral Internet sensation. But he is, because of his YouTube channel ‘WooTube’, which shows him teaching calculus and other advanced mathematics lessons in his classroom.

I’ve been following (and promoting) him since for many years, from way back when he had only a few thousand YouTube views: 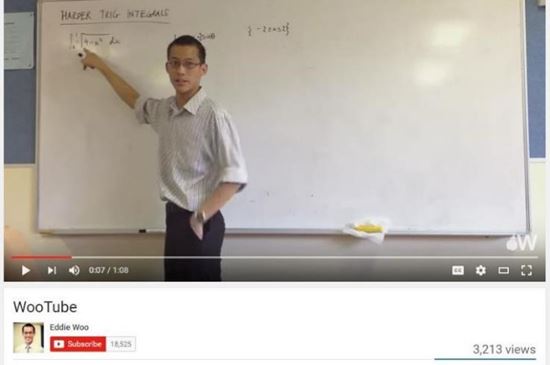 Now, he has over 1.5 million subscribers, and many more millions of views.

In November 2017, he was named 2018 NSW Local Hero, he gave the Australia Day address in NSW the following year, and was awarded the Australia’s Local Hero prize at the Australian of the Year awards. On the international stage, he was a top 10 finalist in the 2018 Global Teacher Prize.

In his own niche corner of the world, Eddie Woo is not just an expert, but an authority.

We often use the terms ‘expert’ and ‘authority’ to mean the same thing, but they’re different: An authority is known for their expertise.

I’m sure there are many other high school maths teachers who can teach as well as Eddie Woo, but most of them aren’t known outside their classrooms and schools. Eddie Woo is different. He didn’t actively seek to become famous (he started recording his classroom lessons for one of his students who was missing a lot of school due to illness), but he’s now seen as an authority.

Be an authority by sharing your ideas.

One of the most important components of being an authority is generating ideas and sharing them.

Don’t be scared by the thought of ‘generating ideas’. We’re not talking about inventing a new smartphone or curing a disease! For most leaders, it’s enough to notice things around you and share them in a way that adds value to others.

In simple terms, view incidents in your professional life as learning opportunities. Rather than just letting them pass by, look for an underlying principle, and then share some next steps.

In other words, answer these three questions:

When you complete all three steps, you have an idea worth sharing. 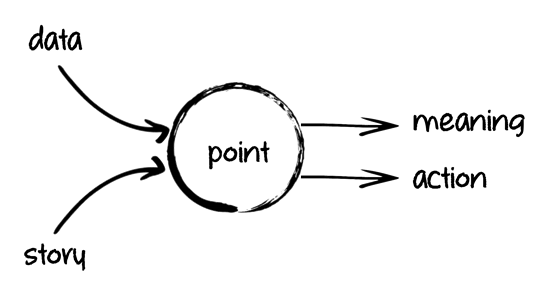 The first step is to look for an incident, which could be stories (for example, personal stories or media stories) or data (for example, survey results, industry white papers, or statistics).

You then make a point, where you generalise from the specific details of that incident to identify the underlying point behind it.

Finally, you share some next steps, which could be meaning (what this means for your audience) or action (practical steps they could take).

For example, the department store Nordstrom is famous for its obsession with customer service. That could be turned into an ‘idea’ like this:

“(Story) A customer service representative at Nordstrom once refunded a customer for car tyres – even though Nordstrom doesn’t sell tyres. (Point) The point is, all Nordstrom staff know that customer service is their #1 priority. (Meaning) Do your team members know what really matters in your business? (Action) What specific things can you do to bring your values, priorities, and goals to life for your team?”

By following this simple process, you share your expertise and help other people make sense of their world.

Although this takes just a few sentences in one paragraph, you can see how you can spin it in different ways – for example:

Do You Know Your Cost of Inaction (COI)?

When you’re planning an important change in your team or[...]

I’m preparing for my next Future-Ready Leaders coaching program, which[...]

Map Many Scenarios, Choose a Few

I’m preparing for my next Disruption By Design leadership program,[...]